This is where we get to feature local to Metro Detroit talent! South East Michigan is abundantly full of unique entertainers of all sorts. Whether music, comedy or groups, if you got a video to share we would like to know about it.

Well Im all in. Lets give it a go. Anyone else in the area? I was informed last night that our annual music festival we sponsor here in Huron twp, (just south of the Detroit Metro Airport) is being cancelled for this year.

Normally we hold this is August on Bredow rd. at the Kentuckians of Michigan campgrounds. This is a outdoor event. Seems to me that if we are able to implement the whole social distancing thing this event could carry on and in all theory even surpass the prior years event.

With signs posted everywhere to remind attendees to observe the six foot protocals that have been set up by big Gretch. I think maybe we could look into this more. Well I plan to bring this up with Erick and the others at the round table so stay tuned for more info.

Imagine this, we advertise it as a tailgate concert, five dollars a car, maybe find a parking lot and say allow every other parking space for a vehicle that they could use as fit.

Or alternatively a large parking lot where you allow some lawn chairs ect for each of the parking space squares, each square could hold up to 6 people and if you left one square between them then all should be good. You could then have some young ladies with face mask and a hats walking around selling hotdogs and soft drinks.

We might even be able to find a church with large parking lot that will partner with us.

Keith Urban did it. Urban’s show was a secret, invitation-only freebie for Vanderbilt University medical personnel. But it was also a road test of sorts for scaling up the concept of drive-in concerts, which began popping up in Europe earlier this year, from novelty one-offs to the mainstream. Concert promotion giant Live Nation is looking at taking the concept nationwide this summer, although it would skip the drive-in theater middleman and produce the concerts at its 40 amphitheaters — outside the front gates, in the parking lots.

The government in Denmark has enforced social distancing measures akin to those in the US, but Aarhus residents read those rules and decided to get creative. A stage was erected on the city’s outskirts so that singer-songwriter Mads Langer could perform to an audience in-person instead of via livestream. From inside their socially-distanced cars, attendees could turn their FM dials to the designated radio station to hear his set live on air, hence experiencing a concert the way you would a drive-in movie.

The trend has already been taking shape on a smaller scale. D-Nice just did a drive-in show for first responders in a parking lot in Florida (which was livestreamed to the thousands of fans he’s picked up with his celebrated Club Quarantine DJ sets).


Be sure to also read this related article...

Regardless of whether its a day of orchestral arrangements or a all out rock n roll festival, open air concerts are key to advancement of the music industry. Key is to still deliver a crowd satisfying entertainment experience. In any case, from recruiting the staff that keeps things moving along to booking the groups that draw large groups, arranging your outdoor music festival requires a ton of planning and a devoted, organized team to pull it all off. READ MORE 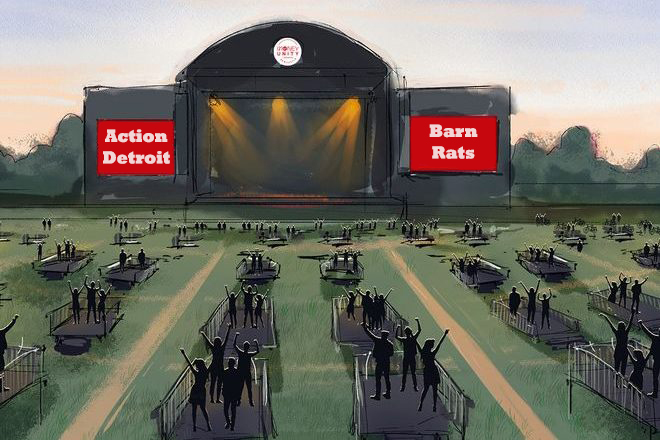